I am sure you have seen LinkedIn and other social media platforms awash with articles on leadership and becoming a better leader. How many articles and promotions do we see “10 ways to become a great leader” or “Essential Leadership Training” etc, along with countless clichéd quotes from business characters. You have all seen them I am sure. Now if I was a cynic there could a good reason for this in terms of leaders & managers may well have resources to pay for management consultants fees? As I am not a cynic I am sure that this is not the case. However, most of the leaders we hear and read about are those with formal power, influence and position. What about those who have no formal power in an organisation or a group, what is it that draws people to them? What is it that perhaps creates a more authentic sense of leadership and vision for the followers?

Needless to say, a person can influence others, and in this sense be a leader. Others look to them for ‘leads’ and follow their direction or probably, more importantly, their behaviours (health and safety is a good example). I am sure we have often seen someone have a negative influence on behaviour within a group/team when they flout rules or reject authority. Similarly, a person can have a positive influence by being clearly supportive of an initiative and engaged in a process – particularly where their involvement is discretionary. In many cases, it is the informal leaders that will be the strongest influencers of behaviour within a group as their influence is more direct, closer to the group and constant.

Informal leaders have capabilities that more formal leaders do not, simply because they do not hold a position of designated authority. They can suggest things to other team members that could not be said by a person in an official management role. Their ability to influence is different since informal leaders are often perceived differently than formal leaders. The informal leader who might take on this task is respected, perhaps trusted, based on his/her performance and relationships with the others within the group. While the formal leader is more likely to be in a leadership role due to his formal authority and power.

This topic is much under-researched perhaps for the cynical reason noted above. Though we may need to pay more attention to informal leaders and identify their qualities. Perhaps it is a more pure sense of authentic leadership as they have no formal power within the organisation? This may then fuel the need to strip away titles and trappings of power to provide the organisation with a more transparent form of leadership that the group engage with fully. Therefore inverting the organisational pyramid with the leader & leadership team no longer sitting at the pointy end at the top but facilitating the organisation to function without barriers. Food for thought at least.

Drop me a line or call today to find out more of how to nurture your informal leaders or leadership style. 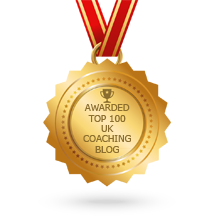